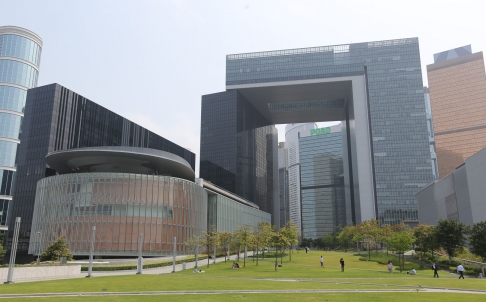 Low-income earners in the civil service have denounced an annual government study that proposes higher pay rises for their counterparts who are already drawing better salaries.

The study recommends pay increases of 3.8 per cent, 4.71 per cent and 5.96 per cent for government employees in the lower, middle and upper salary bands, respectively.

A civil service union representing lower-paid employees urged the administration to take staff morale into account and consider a pay rise that was more in line with inflation.

“Our colleagues have been working [hard] braving the sun and the rain,” Li Wai-yee, of the Model Scale 1 Staff Consultative Council, said.

She hoped to see lower-paid employees getting the same percentage rise as their colleagues in the middle salary band.

Questions were also raised about the credibility of the study, after the Senior Government Officers Association boycotted a meeting yesterday in which the results were released.

The government conducts a yearly study of private-sector pay trends as a guide to determine wage raises, excluding annual increments, for the public sector.

It is only one of six factors in adjusting the salaries. The Civil Service Bureau said changes in the cost of living, morale, economic conditions and the government’s fiscal position would also factor into the Chief Executive in Council’s decision.

The recommendations made in the latest pay trend survey were the reverse of those last year, which offered less for civil servants in the upper band, at 2.55 per cent, compared with 3.92 per cent for the other two bands.

In the survey this year, junior, mid-ranking and senior staff in 110 private firms were found to have received pay rises of 5.32 per cent, 5.61 per cent and 6.91 per cent in the past financial year.

Li Kwai-yin, of the Chinese Civil Servants’ Association, which represents senior public servants, declined to say if she was satisfied with the proposed 5.96 per cent raise. Li said she would decide whether to endorse the findings next Friday, after discussions with other members.

She was the only one out of three representatives of senior civil servants who attended the meeting of the pay trend survey committee yesterday.

Dr Chan Sai-kwing, of the Senior Government Officers Association, had earlier criticised the survey as being “problematic” and did not turn up. Rebecca Drake, representing the Association of Expatriate Civil Servants, was also absent.

It was understood that the Superintendents’ Association was the only disciplined services union represented, having sent a few members as “observers”.

Committee chairman Wilfred Wong Kam-pui rejected doubts that the findings were marred by the low attendance. Wong said as long as “the survey was done according to the methodology discussed among the committee members … the results won’t be affected by the attendance”.