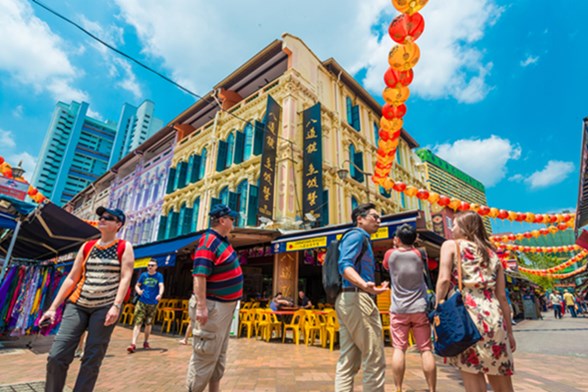 Recent survey conducted by Hotels.com on Tuesday (July 18) revealed that Singapore remains the most favourite tourist destination in the Asia Pacific region for travelers from China. Chinese International Travel Monitor, an online accommodation booking website, estimated that this trend will continue until the next 12 months.

Ms Jessica Chuang, Hotels.com’s regional marketing director for Greater China, Southeast Asia and India region gave details about the trend, which is affected by the rise of Chinese middle-class. Given the size of this demography, countries cannot ignore the influence of Chinese tourists to a country’s economy, as they possess vast disposable income.

The official statement from the company also stated that since the relaxation of visa regulations for Chinese nationals in 2015, tourist arrivals into Singapore from China showed a significant increase. In the first quarter of 2017, visitors from China increased by 13.7 percent. This figure shifts Indonesia’s position as the fastest growing market for tourist arrivals in Singapore.

From the survey of more than 3,000 Chinese international travelers aged 18 to 57 years old, the research showed that Chinese tourists spend an average of seven days per visit, with an average expenditure of US $ 446 (S $ 610) per day.

The survey also found that they spend more than a quarter (28 percent) of their income on average on international travel. The figure is even bigger among Millennials, as they allocate 35 percent of their income to travel, Today Online reports.

See: Malaysia Needs More Chinese-Speaking Tour Guides to Cater to the Influx of Tourists from China

Despite the concerns of a slowdown in Chinese economy, the survey found that it did not have much impact to the tourism sector, as well as their spending on travel. It is noted that Chinese travelers spend an average of US $ 3,623 in the last 12 months, showing an increase of 4 percent compared with the previous year. Additionally, Chinese travelers declared an intention to spend an average of 10 per cent more on travel over the next 12 months.

Nevertheless, the research indicated a decrease in spending for shopping, which halved from 68 percent in 2016 to just 33 percent this year. On the other hand, Chinese tourists allocate more of their budget for dining, sightseeing and rest and relaxation activities.

Safety is one major factor behind Singapore’s popularity among Chinese tourists, said Hotels.com. With its reputation as one of the safest cities in the world, many Chinese choose the country as their favourite travel destination.