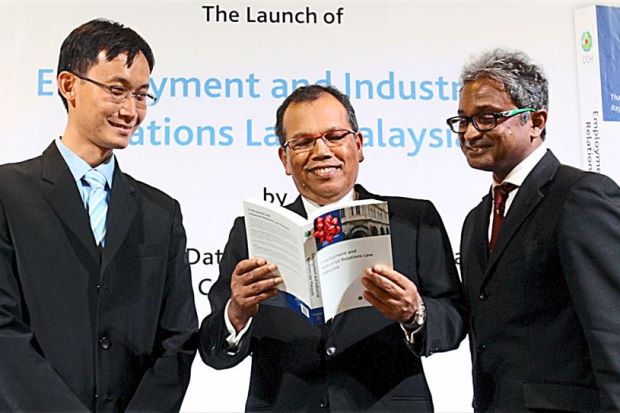 He said while labour cases were being resolved faster, the duration could still be far too long.

“On average, awards come up to about RM180,000. However, it takes applicants on average about six to seven years before they see the fruits of their labour,” he said.

Raus said the judiciary would have no objection to the setting up of such a court.

“However, as it is a policy decision, it would require the Human Resource Minister’s approval first,” he said at the launch of a book titled Employ-ment and Industrial Relations Law Ma­­lay­­­sia at the Royal Lake Club here.

The book is co-authored by lawyers Datuk T. Thavalingam, the first honorary secretary of the Malaysian Employers Federation (MEF), who also served on the National Labour Advisory Council, and Raymond Low, who is an employment law expert.

The book encapsulates the essence and development of Industrial Relations and Employment law in Malaysia and covers recent enactments such as the Minimum Retirement Age Act 2012 and Personal Data Protection Act 2010.

Raus said a system that reduced the number of tiers involved in appeals would help expedite cases.

Bar Council Industrial Law Com­mittee chairman Anand Pon­nudurai said the council had been pushing for the revamp for several years.

“The current system is too labo­rious. Industrial Court decisions can be challenged via judicial review at the High Court and this can be appealed again,” he added.