Businesses in Asia Poised for Growth, To Create 230mn Jobs by 2030 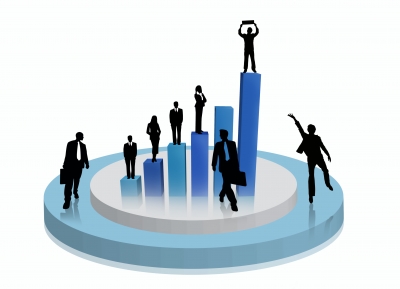 Businesses in Asia are well-placed to reap some of the advantages to unlock new market opportunities worth US$5 trillion (S$6.9 trillion) and create 230 million jobs by 2030, by pursuing strategies that are in line with the United Nations’ sustainable development goals, according to Better Business, Better World Asia, a new report released this week by the Business & Sustainable Development Commission (BSDC).

This finding is from the report by the UN Foundation-backed Business and Sustainable Development Commission (BSDC) – launched at the World Economic Forum (WEF) in Davos last year.

The research also shows that, instead of being a constraint to growth, companies pursuing strategies aligned with the Global Goals could open economic opportunities across 60 “hot spots” worth up to US$12 trillion and increase employment by up to 380 million jobs globally by 2030. Asia represents 40 percent of the global value, and nearly two-thirds of total jobs.

“Asia’s economic transformation in recent decades is unprecedented, thanks to smart government intervention and business innovation, but the ‘Asian Century’ is threatened by persistent inequality, environmental collapse and unabated climate change,” said Mark Malloch-Brown, chair of the Business & Sustainable Development Commission. “The same ingenuity that catalysed Asia’s rise can also turn these challenges into rewards for both business and society. Better Business, Better World Asia shows that the continent already has the means to do so—it needs only the will to realise this US$5 trillion opportunity.”

The estimated value of US$5 trillion is conservative. Additional value could be released from other sectors, including information communication technologies (ICT), education, and consumer goods. Globally, these sectors could add a further 66 percent to the global value of US$12 trillion.

Pricing in environmental costs such as climatic change could increase the ‘real’ size of the prize by a further 40 percent. And making progress on the single global goal of gender equality in countries in Asia where women are not strongly engaged in the economy is likely to add an additional 30 percent to the economic growth of these countries.

“With the locus of global influence shifting East and South, and with 40 percent of US$12 trillion prize at stake, the opportunities for businesses serving consumers in Asia are obvious,” said Paul Polman, CEO of Unilever and member of the Business Commission. “Strategies that sustainably meet the demands of the growing middle class in the region, whilst at the same time tackle urgent environmental and social challenges will ultimately be successful in unlocking market value. Aligning these strategies with the Global Goals is not just good for society and the environment, but makes strategic business sense.”

The 20 largest opportunities identified in the report account for more than 70 percent of this prize; they also vary across countries. In China, and the rest of developing and emerging Asia, affordable housing presents the largest business opportunity, reflecting a large unmet need.

Reducing food waste in food supply chains, worth US$260 million, is the largest single opportunity in food and agriculture, while low-income food markets comes in second, with a value of US$190 billion.

“Feeding Asia has become an urgent priority, with its current 4.4 billion and still-growing population. Sustainable agriculture at scale has never been more crucial, even as farming participation continues to fall in Asia,” said Sunny Verghese, Co-Founder and Group CEO of Olam International, and a commissioner.

“We believe that businesses have a critical role to play in ensuring agriculture remains viable by partnering with smallholders who constitute the majority of Asian farmers to enable them to help feed the world sustainably.”

According to the report, 230 million jobs could be generated through SDGs-aligned business models in Asia. However, these jobs will only meet global goals and targets if they provide decent work, that creates sufficient reward and development opportunities for workers.

An estimated US$1.7 trillion is needed annually to develop all the opportunities across the four systems in Asia. Blended financing, where public and philanthropic bodies take on high risk and more policy-sensitive tranches of investment can fill the funding gap and help bring in private investors at lower risk.

“Singapore has been recently been rated as the city with the highest density of greenery in a joint study by the World Economic Forum and MIT. This is not a surprise. The city has long championed a clean and green environment for her people, even as she sought to build her economy and create jobs for them. This was her path from Third World to First World,” said Ho Ching, CEO of Temasek Holdings in Singapore.

“As a Singapore institution, Temasek shares the same commitment as a long-term investor and steward, to do things today with tomorrow clearly in our minds, to work towards an ‘ABC world’, which stands for an ‘active’ world with a robust economy and good opportunities for all people; a ‘beautiful’ world with cohesive and inclusive communities; and a ‘clean’ world with fresh air, clear waters, and cool earth.”

Temasek is the host of Ecosperity, an annual conference focused on sustainable opportunities, where the launch of Better Business, Better World Asia is taking centre stage.

While the business case for achieving the global goals is strong worldwide, Asia is particularly well placed to reap the collective benefits. It has capable businesses with value chains involving millions of enterprises, as well as governments willing and able to shape market activity and investments to achieve broad nation-building goals. In addition, many Asian cultures value protecting the environment, avoiding waste, and promoting social justice and education.

Cherie Nursalim, Vice Chairman of GITI Group, based in Southeast Asia, believes the SDGs are culturally resonant with Asian business leaders. “The Global Goals can be seen through a local lens, for example, through Balinese philosophy, Tri Hita Karana, or ‘Three Ways to Happiness,’ which emphasises harmony with people, nature, and spirit,” said Nursalim, a member of the Commission. “The Global Goals align with these age old traditions through what we call an ‘SDG Pyramid.’”

Better Business, Better World Asia was produced in partnership with Temasek and AlphaBeta.