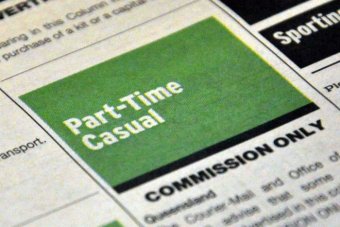 Many economists had been concerned by a significant 5.7 per cent fall in job ads in May, but the ANZ index shows that employers advertised 4.3 per cent more positions in June, largely reversing that decline.

ANZ’s report shows that job ads are now 6 per cent higher than at the start of the year, indicating that the labour market is continuing a gradual recovery.

“The improvement in ANZ job ads in June is a positive, tentative sign that earlier weakness in labour demand was transitory,” noted ANZ’s chief economist Warren Hogan in the report.

“Each of the monthly job ads series fell in May, which in the context of the recent deterioration in consumer confidence, could be an indication there has been a ‘budget effect’ on business confidence.”

The budget also had a strong negative impact on consumer confidence, and economists are hoping that will also be transitory, with the latest data out tomorrow.

Warren Hogan says that consumer weakness appears to have dented the desire to hire new workers, however he is hopeful that Australia’s residential building boom and other growing areas of the domestic economy will soak up workers laid off by the resources sector.

“Consumer spending has noticeably weakened since the start of the year, and the still-low level of consumer confidence since headlines around the Commonwealth budget surfaced, flags the risk that consumer spending may not bounce back very quickly,” he said.

“While we continue to expect a period of moderate growth as the emerging strength in the non-mining sectors of the economy is partly offset by the drag from mining investment, the outlook is more uncertain.”

However, demand for new workers has fallen sharply in the ACT, where the bank says many indicators are showing the economy has weakened.