Bonus payments seen to stay steady in 2014 in Malaysia 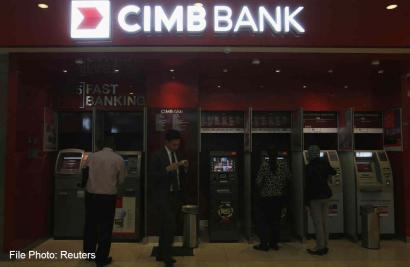 Bonus payments seen to stay steady in 2014 in Malaysia

KUALA LUMPUR – With the national economy showing signs of recovery amid the overall positive trade outlook globally, Malaysian employers are expected to maintain bonus levels this year at the same rate as 2013.

When variable bonus payments pop up in staff accounts from later this week, Hay Group’s “Market Remuneration Report for Malaysia” found that top achievers can look forward to getting an average of four months of basic salary and more.

Hay Group Malaysia is part of a global organisation that provides management consultancy services and world class solutions to business issues that support clients’ efforts to translate strategies into results.

Its clients include the public sector and major organisations involved in the transformation drive for Malaysia to become a fully developed nation by 2020.

The report said that apart from stockbroking houses, public bodies involved in equity investments could also reward some of their key staff handsomely with high variable bonuses.

The average variable bonus likely to be paid by the 436 outfits which contributed to the Hay Group report is 2.6 months – slightly higher than the 2.5 months in 2013, Lim said. “Coming on top of the fixed bonus payments made in December, total bonus payments remain strong for staff employed in Malaysia.”

The report had found average fixed bonuses to be 1.6 months, with the top 10 per cent of firms paying two months on average.

“This trend was noted among both local and foreign firms operating here as the split was 47:53 in terms of their submissions for this report,” Lim added.

Ironically, the report found that firms with lower annual revenues are more likely to pay higher variable bonuses – with an average of 4.9 months for the top 10 per cent.

“Having a smaller baseline for revenue growth comparisons probably meant these organisations grew faster than their bigger peers,” said Lim.

Key criteria for determining the variable bonus was company and individual performances, with business unit or departmental performances coming next.

Overall, the gap between senior management and lower ranking staff variable bonuses won’t be big – an average of half a month, the report found.

And while many firms did pay out the variable bonuses this month, a significant number have also staggered these over the next three months.