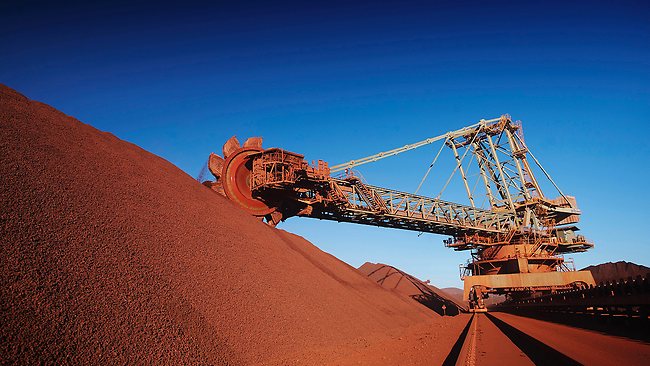 SYDNEY – BHP Billiton is looking at more job cuts at its flagship Australian iron ore division as a way to reduce costs, as ore prices slump and pressure mounts to rein in spending.

The possibility of more cuts comes as thousands of jobs in Australia’s once-booming mining sector disappear in response to cooling demand growth, mainly from China, for imported industrial materials such as iron ore, coal and copper.

A BHP spokeswoman said it was not possible to put a number on how many jobs could be targeted and declined to confirm an Australian Broadcasting Corp radio report that the figure could reach 3,000.

“Iron ore miners such as BHP are in the early stages of going through what the coal miners have been experiencing,” said Gavin Wendt, a mining analyst for MineLife in Sydney. “In effect, they are being asked to make do with less.”

More than 12,000 jobs in Australian coal mining have been lost since 2012, including those from BHP’s mines, as the industry combats falling prices and stiff competition from countries like Indonesia.

BHP, the world’s biggest miner, employs about 16,000 people in its iron ore division. Earlier this year, it said 170 jobs would go at its Whaleback mine in the Pilbara iron ore belt. A further 100 people have been let go at the division’s Perth headquarters.

Iron ore prices have dropped more than 30 percent this year due to slowing demand growth in China, the main market for Australian ore.

Elsewhere, Rio Tinto has said its Gove Alumina refinery in the country’s north can no longer operate profitably and will close. Alcoa Inc is due stop production from its Point Henry aluminum smelter near Melbourne in August.

“This is about continuing to safely improve our business and ensuring we are a competitive, world-class operation,” BHP’s spokeswoman said, adding that reducing the payroll was part of a wider focus to contain costs.

She said external consultants were being brought in to help find ways to lower overheads and improve productivity.

BHP is still expanding its iron ore operations after late last year commissioning its Jimblebar mine in the Pilbara iron ore belt.

Forecasts by Australia’s Bureau of Resources and Energy Economics due out on Wednesday are expected to show downward revisions for export earnings for most industrial commodities, although production and export volumes may rise.

The sharp drop in iron ore prices could force China to close up to a fifth of its domestic mine production, which could eventually benefit BHP and other Australian producers, which can mine higher-grade ore and ship it to Chinese steel mills for less cost, according to an analysis by consultancy Wood Mackenzie.