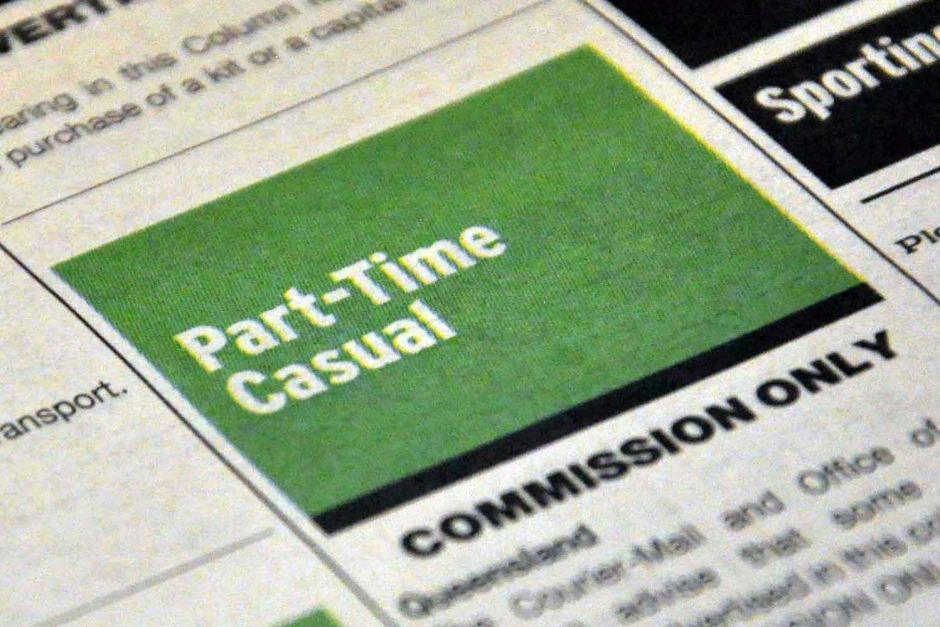 The under-employment of young Australians has hit its highest level in nearly four decades, at more than 15 per cent.

Research from the Brotherhood of St Laurence welfare group has found more than 300,000 young Australians have casual or part-time jobs but want either more work or full-time positions.

The brotherhood’s Tony Nicholson said that figure combined with those who are officially unemployed adds up to more than 500,000 young people.

“If you add the unemployed to those who are under-employed, you find that about 580,000 young people are really struggling to get a foothold in the world of work,” he told AM.

Combined with the unemployment rates of around 14 per cent, Mr Nicholson says it is a double blow for young Australians.

“Over half of the jobs that young people are getting are casual in nature,” he said.

What do you think is causing the escalating youth under-employment rate and what can be done to fix it? Have your say.

“Some work is better work than no work, particularly as it gives some work experience, but it does leave them in pretty tenuous circumstances from week to week, particularly for young people who don’t have the support of family and we know that across Australia there’s about 40,000 of those.

“This makes meeting their every days needs very, very difficult for them.”

AUDIO: Listen to the story (AM)

Youth under-employment was first recorded in 1978 at 3.1 per cent.

The Brotherhood of St Laurence has told a Senate committee inquiry the Government’s proposed cuts to income support for young job seekers could be devastating for many.

“The initiatives that are proposed in the budget, I think, carry an unacceptably high risk of harsh, unintended consequences,” Mr Nicholson said.

“If we’re going to make inroads into youth unemployment and under-employment, we need to do much more than just make changes to income support.

“We need a much more comprehensive, overarching strategy that reflects the realities of the challenges faced by young people, as they’re trying to make the transition from school to work.”

It’s pretty hard and online it’s even harder. You feel like you’re just talking to a brick wall.

Kevin Sanders, 21, is one of the young people who are under-employed.

He recently moved from Western Australia to Victoria to look for work.

He managed to secure some part-time work but despite approaching dozens of businesses he cannot secure a full-time position.

“Yesterday I actually went around the local area where I live in Morwell and walked around to about 24 different businesses, because I write them all down on my phone,” he said.

“I handed out 20 resumes and I got one job interview. It’s pretty hard and online it’s even harder. You feel like you’re just talking to a brick wall.”

Another day, he walked more than five kilometres and visited 40 businesses. He picked up a job at a bottle shop.

“I’m getting about 10 hours a week. It’s been pretty good. I like the job, I like meeting people in the drive-through,” he said.

“It’s just not enough hours to cover my own expenses.”