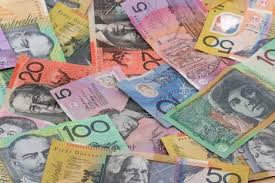 The workplace umpire is about to start weighing up arguments on how much Australia’s lowest paid workers should earn.

Submissions to the Fair Work Commission’s annual wage review close today with a decision due in June.

Around 1.5 million full-time workers currently receive about $622 a week and the Australian Council of Trade Unions (ACTU) is calling for a $27 weekly increase.

The peak union group argues the wage has fallen well below the average salary in recent years, but employer groups want a wage freeze, arguing a higher minimum will cost jobs.

ACTU secretary Dave Oliver told AM the minimum wage needs to be $649.

“We are deeply concerned that over the last 20 years we’ve seen a widening gap between average wage earnings and the minimum wage,” Mr Oliver said.

“So for example 20 years ago, the minimum wage was 60 per cent of average earnings. Today it’s sitting at 43 per cent.”

The restaurant industry is deeply concerned by the proposal, with Restaurant and Catering Australia chief executive John Hart saying the industry cannot afford a cent more.

“Any sustained increase in the minimum wage will flow through to restaurants closing,” Mr Hart said.

“From a profitability perspective, the industry is in dire straits.”

The Australian Chamber of Commerce and Industry says an increase of more than $8.50 a week will hurt businesses and cause a rise in unemployment.