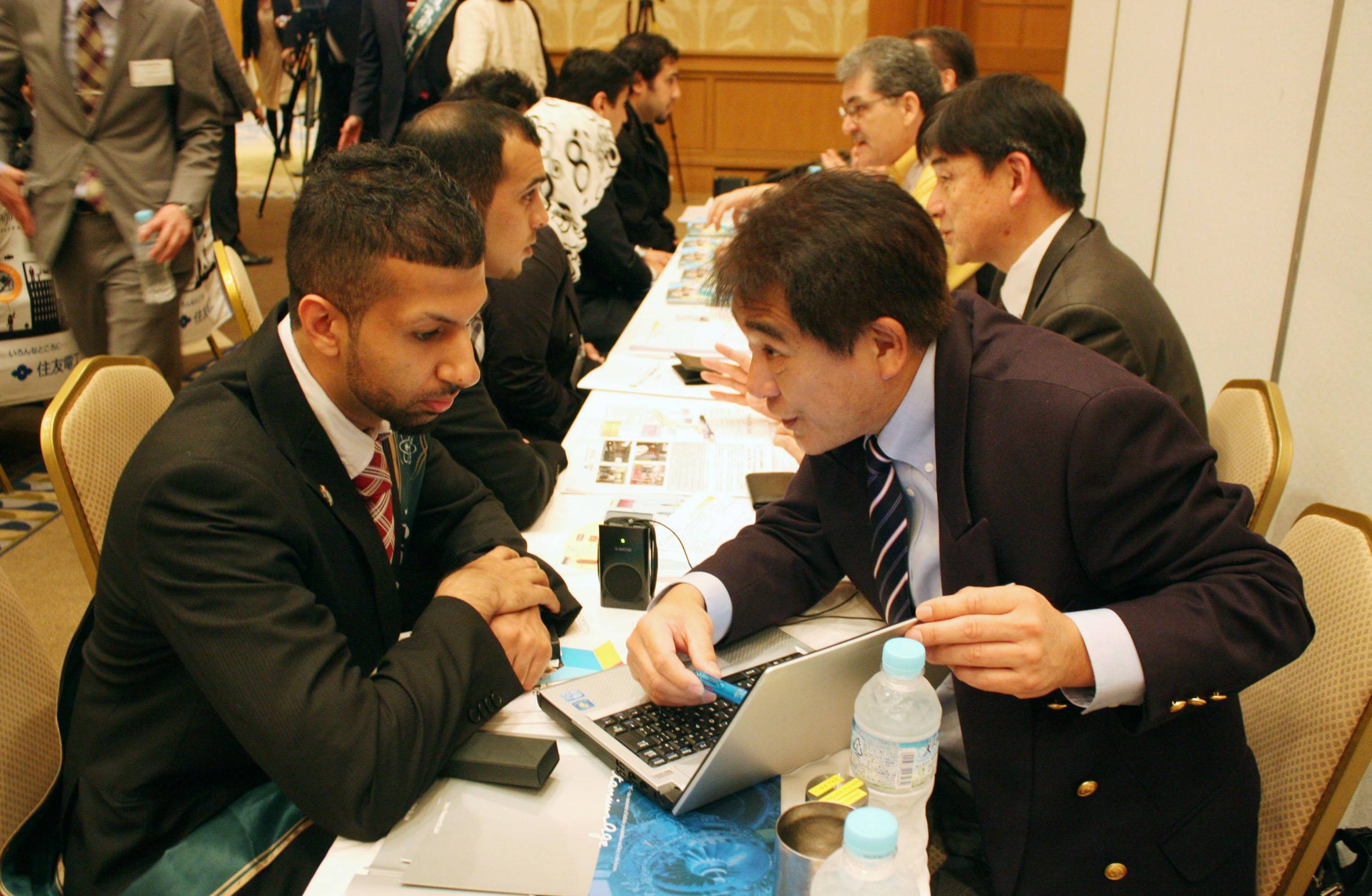 Saudi students received briefings from around 30 companies Thursday at a job fair organized by the Saudi Arabian Embassy in Tokyo.

It is rare for an embassy to sponsor an event to help its own citizens in Japan find jobs. This year’s job fair, the second of its kind, was held at a Tokyo hotel for around 120 Saudi students who are scheduled to graduate later this month and in March 2015, the embassy said.

Among the 31 companies cited by the embassy were automakers, appliance makers and trading houses. The firms told the students about their businesses and the jobs they were trying to fill.

Around 600 Saudis are studying in Japan following the launch of a major scholarship program in the country in 2005. Saudi Arabia has been focusing on human resources development as part of efforts to promote economic diversification to reduce dependence on its oil industry.

“I hope to play a role in a big project as a worker in a Japanese civil engineering company,” a 34-year-old Saudi graduate student at Tokai University said at the event.

Another participant, 25, said his goal was apply Japanese technologies in Saudi Arabia.

“I hope to contribute to the development of Saudi Arabia by learning about technology at a Japanese company,” he said.

An official at Isuzu Motors Ltd. said that a proper understanding of Japan is something the automaker highly values.

“Foreign students who can understand Japanese people’s way of thinking are precious human resources for us,” the official said.

Isuzu established an office in Saudi Arabia in 2011.