20% in Japan willing to work under merit-based system without overtime pay: poll 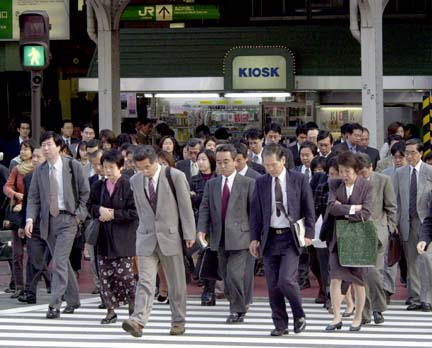 20% in Japan willing to work under merit-based system without overtime pay: poll

About 20 percent of working men and women who responded to a recent Internet survey said they would like to work under a performance-based system without overtime pay, as proposed by the government.

In the survey of 1,000 people working in various fields as employees, temp staff, managers and business owners, conducted by the Japan Management Association in June, 25 percent said they would not want to work under such a system, while 56 percent said they did not have a preference or were unsure.

The so-called white collar exemption, part of Prime Minister Shinzo Abe’s growth strategy to reinvigorate the economy, proposes that professionals earning ¥10 million or more annually be paid based on their performance with no overtime pay.

The Ministry of Health, Labor and Welfare is now working on devising a concrete framework for the merit-based pay system after it was included in the government’s growth strategy approved by the Cabinet on June 24.

The industry body, which seeks to promote innovation in management and human resources, said the survey results show a sense of uncertainty among respondents over whether they will be able to improve their performance under the system or be properly rewarded for doing so.

Of the 1,000 respondents, 26, or 3 percent, said they were earning the proposed threshold of ¥10 million or more annually, with 35 percent of them expressing a desire to work under the system.

The Internet survey conducted between June 20 and 26 covered 556 men and 444 women, aged between 20 and 69, who were registered by the industry body as “research monitors.”