﻿Are You a Servant Leader or Traditional Leader? 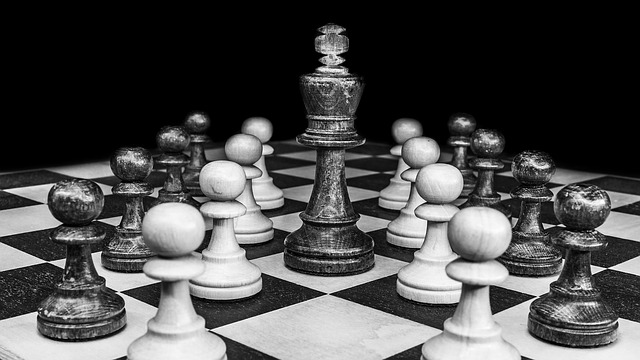 Are you considering yourself as a leader who is caring and putting people’s interest first before yours? Or are you a leader who is task-oriented and determined about success?

If you are among those who put people first, then consider yourself as a servant leader. First described by Robert K. Greenleaf in his essay titled The Servant as Leader, servant leaders have a mindset to serve and serve first. This type of leaders is sharply different from the traditional leader because of the need to assuage an unusual power drive or to acquire material possessions, said Greenleaf.

The servant-leader focuses primarily on the growth and well-being of people and the communities to which they belong. Their main goal is to share power, put the needs of the employees first and help people develop and perform as highly as possible. Therefore, they are considered as a leader who can enrich the lives of individuals, build a better organisation, and ultimately create a more just and caring world.

Nonetheless, among the great things servant leader do, they also have some shortfalls. For instance, a servant leader would require more time to achieve a positive result. Focusing on a large group of people is not an easy thing to do but a servant leader believe that success lies greatly in their employees. In addition, they are often vastly overrated and prone to discriminate individuals by gender.

Traditional leaders always use power and influence in order to lead. Their efforts are also directed at achieving what is expected and results are the most important evidence of success. In today’s businesses, the example of traditional leadership would be a powerful manager – manager makes decisions and those under their command execute the orders.

That said, traditional leaders focus more on thriving their company rather than their people. They often said to care more about results even if it has to sacrifice their own people. The three major traits of this leadership style are:

Comparing to servant leader, the downfall of the traditional leader would be numerous. As holding power and focusing on success, they might not welcome new ideas. They often consider themselves as the source for all new businesses and ways of operating. Traditional leaders also have a tendency to lead to high turnover among their team as employees are often frustrated under this leadership style, thusly, they often leave when a better opportunity arises.

It is obvious that the servant leader will be seen as the best leadership style. Good teamwork is one of many keys to success, so investing in people will likely help you build a better organisation. A leader, however, should be able to balance between people, success, as well as time – and servant leaders tend to require more time to achieve better results. Meanwhile, traditional leadership is too narrowed and dictator which is resented by most individuals. Thusly, the best leader characteristics should be a combination of both traits. They should possess honesty and integrity, and commit to people first while having a good decision-making capability.

Read also: Leader Tips (2): How to Engage Your Managers