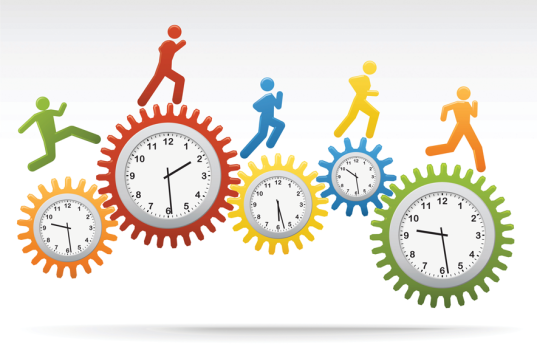 Increasingly, time is not a meaningful KPI, especially when it comes to knowledge workers, many of whom are grey-collar workers. Given the numerous technical improvements that have reduced the link between productivity and time, it’s about working smarter and generating results, rather than simply investing longer hours in the office..

A new model that may be more relevant to productivity and wealth creation is the variable work week. A variable work week, with an established lower and upper boundary for the number of hours worked per week, combined with incentives for output, at the discretion of the employer, could serve to:

Establishing a minimum number of hours for workers is critical for individual and organisational performance, especially in light of research by K. Anders Ericsson, a Swedish psychologist and Conradi Eminent Scholar and Professor of Psychology at Florida State University, widely recognised as a leading theoretical and experimental researcher on expertise.

His research shows that top performers only work for stretches of 5 hours or less, taking restorative breaks at least every hour. Some employers recognize this fact and grant employees adequate time away from narrowly focused work tasks, something more employers should follow suit.

Rigorous “behavioural scheduling” of essential work and non-work tasks can allow employees to obtain appropriate downtime, as with the SCDF granting staff employees at their HQ designated break times or flexitime in general. When this approach is insufficient, taking part or all of a workday off periodically can help rejuvenate individuals.

Most knowledge workers should reduce their time at work, in order to work more effectively. “Less is more” for human brains, with mental downtime among the highest priorities.  If you as an individual aren’t making progress on the task/project list or performing to the level thats required, just rest a while then return to it. Economic data shows that in 1950, US workers clocked 1900 hours per year. Thats decreased to 1700 hours in current days. But the French, who used to work 2150 hours annually, now clock up fewer than 1500 hours. They used to work much more than US workers but now work less. Germans work even less than the French.

By comparisons, Singaporeans, South Koreans and Hong Kong residents work more hours now — around 2300 hours –than Americans did in 1950.  However, whatever the average number of hours worked, most high earners in the US worked 60-80 hours a week. With only three weeks of vacation, that amounts to 3430 hours a year, the largest by an international comparison. But those long hours can destroy wealth, looking at 2012 OECD figures. The country with the longest hours was Greece, followed by Hungary and Poland. These ranked at 26th, 33rd and 34th in a list of 34 countries, in terms of productivity. By contrast, countries with the fewest working hours were the Netherlands, Germany and Norway, which ranked fifth, seventh and second respectively, in terms of productivity.

Overall, there was a strong correlation between longer hours being worked,  coinciding with poorer productivity and wealth creation as a whole in that country. Working hours are dictated by culture — both the industry and nation — rather than economics. Long hours can undermine productivity. C. Northcote Parkinson, a scholar of public administration and management, coined the quote: “Work expands to fill the time available.”

Netflix, an Internet media-streaming company, encourages its workers to focus on results. Rather than measuring people by hours worked, the emphasis within Netflix is on sustained A-level performance, even with minimal effort. Netflix rewards this with greater responsibility and pay, rather than the number of hours clocked. France ratified a 35 hour work week into law and implemented in February 2000, in order to achieve the following objectives:

The 35-hour working week is controversial in France. Critics of the 35-hour working week argue that it fails to serve its purpose, because it prevents recruitment rather than encouraging it. From their perspective, firms reluctant to hire new workers simply increase per-hour production quotas, particularly in manufacturing.

The main reason French firms apparently avoid hiring new workers are employment regulations regarding labour flexibility, rendering it difficult for firms to let workers go during periods of poor economic performance. However, based on the OECD statistics, as well as the research of Ericsson, this lack of long hours, and reduction in overall working time, has served to improve productivity gains significantly.

By contrast, people tend to work long hours in Asia, more so than Europe. According to the International Labour Organisation (ILO), most Asian countries have a 48-hour working week, but almost a third of the countries in the region do not have a regulated maximum number, with another third with a weekly limit at 60 hours of work.

Japan– notorious for Karoshi or death from overwork in the 1970s & 80s — introduced standard working hours of eight hours per day and 40 hours per week from 1994. South Korea followed by introducing a 40-hour work week in 2003, but does not cover weekends and holidays, a loophole which allows employees to clock more hours. In September 2013, South Korea cut the maximum number of work hours per week to 52, down from 68.

Among the five cities in the world with the longest working hours, three are in Asia. Hong Kong ranks third among the 72 cities surveyed by UBS, with the average worker spending 2296 hours per year at their job. In Bangkok, workers spend 2,312 hours every year and in Seoul 2,308. In Shanghai, the average work year is 1,967 hours and in Tokyo it is 2,012 hours. Setting a minimum of 35 hours per week, with an upper bound of 48 hours per week, is the essence of the variable work week. Allowing workers to operate within those boundaries, combined with results-oriented KPIs, preserves the ability to maintain staff while cutting down overtime pay. It sets an upper boundary for expected working hours in a week, without increasing costs.

Flextime was originally developed to deal with problems caused by commuting during peak hours, in order to attract and retain staff with family commitments while granting workers greater flexibility. Initially a scheduling program for staff granted as a of low-cost perks, it has become a core business principle. Research indicates that firms enjoyed positive outcomes resulting from flexible work arrangements.

Productivity increased as work effort intensified in employees. Productivity gains from flexible work arrangements are rooted in an employee’s willingness to maintain the equilibrium between themselves and employers. Since an employer has created a positive social exchange benefiting employees — flexible work arrangements — staff are interested in reciprocating and adapt by intensifying work. It motivates workers by granting greater autonomy, mastery and purpose in their work.

Under flextime, there is a core period when employees are expected to be at work (e.g. 11 am – 3 pm), while the remainder of the working day is “flextime”, in which employees freely deploy their time. Flextime is possible for nearly any job function and has strong business benefits. However, it is harder to offer flextime for customer and client-focused appointments, due to requiring their presence in the office during specific periods.

The general benefits of a variable-length work week include:

This is not unlike the concept of flexible timing during a normal workday, with an established number of core hours in the office every day but with flexibility built around that core  time. Using the precedent of the French work week, setting a lower boundary of 35 hours per week, and an upper boundary of 48 hours per week, while paying fixed salaries, helps to impart flexibility on to workers on a weekly basis, as well as minimise overtime pay for employers.