Digital Leadership in Japan: The Perils and Pitfalls 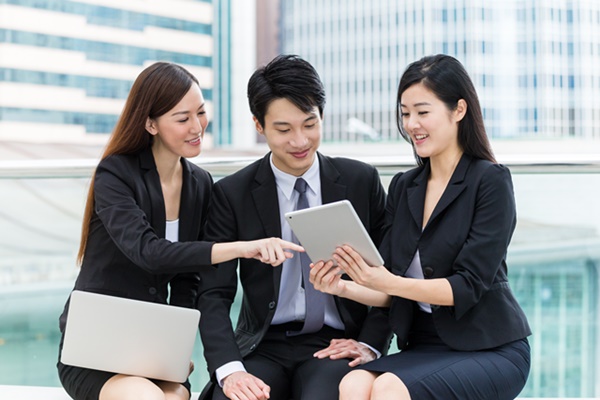 Digital transformation has driven significant change in how people conduct business. If digital technology was once used only to carry out particular functions, today digital has penetrated into almost all business sectors.

The term ‘digital economy’ has become increasingly popular, which refers to the economic activity based on digital computing technologies. Want it or not, business leaders across the world should embrace digital leadership to keep up with the business demands, including Japan.

Unfortunately, rapid expansion of digital technology is not yet balanced by eligible executive leadership. Despite rise in demand seen from the accelerated pace of change in the digital economy, it seems there are still many companies stuck in the past, not prepared with senior leadership prowess in digital to face challenges put forth by digital disruption.

SAP white paper on Leaders 2020 shows that the digital transformation in Japan has only begun, with only 8 percent respondents being qualified to become digital leaders. This finding is quite surprising, since Japan is one of the leading developed economies in Asia. Also, Japan is widely known for its high technology culture, with many tech-related inventions and innovations, produced in the Land of the Rising Sun.

So, what are the factors that lead to snail-paced development of digital leadership in the country? How can companies in Japan raise their standards to become digital future leaders as well? According to previous survey, here are four key findings for Japan.

According to the survey, lack of critical digital skills is one of the most crucial factor influencing Japan’s lateness in adopting digital transformation. Compared to 56 percent global respondents, only 23 percent Japanese executives say that their senior leadership can use technology proficiently. While employees continue to experience the same, upgrading digital technology knowledge among senior management is an urgent call for Japanese companies.

Not only in terms of digital proficiency, decision-making also lags behind in Japan. The above survey notes that only 58 percent executives claim their decisions to be data-driven, which is slightly lower when compared to 55 percent global executives. To resolve this issue, companies are required to create digital strategy and communicate all elements to leaders in the organisation.

Compared to their global peers, both executives and employees demonstrate less attention and interest to diversity programs. The solution to this issue lies on how leaders embrace and emphasise diversity.

It will not be easy to lead a company comprising of various talents from diverse backgrounds, but if companies can cultivate a diverse workforce, they will get broader range of perspectives to succeed.

Millennial executives are impatient for change

Japanese Millennials are marching towards the company’s top-level management. Based on the survey, 30 percent executives in Japan are Millennials, compared with 17 percent worldwide. However, despite this fairly significant number, only 5 percent respondents state that their companies provide adequate resources to nurture and develop the talents.

The solution to this issue is to start listening to the younger executives. While it might be true that the younger workforce do not have much experience yet, but the senior leadership can seek new ideas on how to thrive in the era of digital transformation.

Based on the key findings above, it is only fair to say that digital leadership in Japanese is on an endangering crisis. As a consequence, to prevent further pitfalls, executive leaders are urged to take immediate action to improve talent-development strategies.

In order to stay current and remain competitive in the fiercer business competitive landscape, leaders should stay updated with management skills in critical areas and embrace truly digital.

Read also: Cracking the Paradox of Agility in a Digitally Disruptive Age with Arne Gast, Partner at McKinsey