Toxic Employees in a Workplace 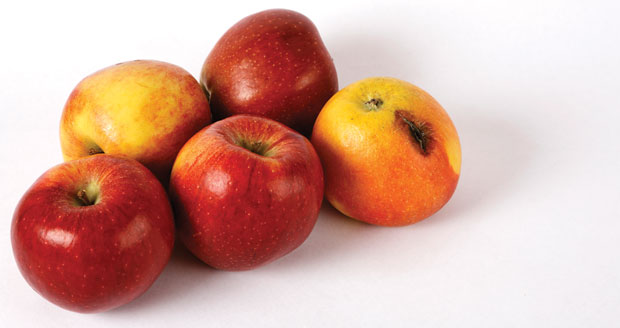 It only takes one poor attitude or dysfunctional employee to poison the entire fruit bowl of an office. HR practitioners explain why it is vital to contain the “virus” of toxic employees.

The gossipmonger. The perpetually moody cubicle neighbour. The buzzkill. The negative Nancy. The unmotivated team member. The two-faced “friend”. The manipulative bully.

These are all familiar forms of a type of employee that organisations are desperate to avoid adding to their workforces. It’s not just the lower productivity and greater risks that these staff have in their own work; it’s the fact that their poor attitudes and performances can spread quickly throughout their teams and organisations, reducing engagement and overall morale.

It can take just one so-called “toxic” employee to spread their negative “virus” throughout their workplace and beyond. While every staff member has their eccentricities, the toxic employee can lead to significant losses if left unmanaged.

It is up to HR to step in swiftly and stop the bleeding.

“If company management or HR is not seen as taking action against these toxic employees, it may find staff leaving or losing faith in the company’s values system,” says Smart. “If these staff are not addressed transparently by the business, it will often create a snowball effect which affects everyone else around them.

“It would also be fair to say that toxic employees in critical roles can often hold up key projects or be a roadblock for change or key initiatives – all of which can cost the business time and money.”

A recent Harvard Business School working paper, which surveyed 11 global companies and over 58,000 hourly workers, found that toxic employees were indeed extremely costly for their organisations.

The study estimated that avoiding hiring someone who will become a toxic influence could save a company some US$12,500 a year in turnover costs.

Douglas Tan, Group HR Director of building product manufacturer Vicplas International, says toxic employees can be found at all levels of an organisation. He stresses there are many senior managers who possess toxic traits, and these can be far more detrimental to an organisation.

He describes a toxic senior manager as someone who abuses their seniority, belittles subordinates, practices favouritism, and promotes employees based on personal preferences, among other faults.

“The average ‘toxic’ employee is at most a nuisance, but imagine a CEO who appoints business leaders based on relationships rather than merit, and they then stay on the job as long the CEO is around,” Tan questions.

“By not choosing the best person for the role, the business eventually loses its competitiveness. The negative effect of having a competent leader further cascades to the CEO’s subordinates,” he adds.

Tan posits that favouritism from the top of an organisation can frustrate good employees and push them to resign. In the process, the toxic CEO also ends up cultivating a group of followers with the same traits as him.

“A toxic employee who is in a senior role with significant influence is not only costly as he reduces efficiency and impedes positive development, but might eventually cause the ultimate demise of the organisation,” says Tan.

That is not to say a prickly employee at the lower end of the organisational chart should be given a free pass.

Tan says toxic rank and file executives will commonly use office politics, rumours and gossip to leverage themselves ahead of their peers.

He says some might even subtly take advantage of their own bosses.

See: 5 Signs of a Toxic Workplace

To Smart, a toxic staff member is someone who “erodes an organisation’s culture and values”, tarnishing the work environment with their pessimistic views and abrasive personalities.

“They can be overly negative and resistant to change,” she says. “Sometimes they can even be openly rude or overly aggressive with their behaviour.”

“They often lack emotional intelligence – which is an essential skill in today’s work environment.”

Furthermore, Smart says toxic staff have a tendency to be inward looking and egotistical. They are often “unable to see the bigger picture, and put their self-interests above the company’s or team’s objectives”.

Such problematic individuals prevent other teammates and colleagues from excelling.

“They can make it very challenging for other people to achieve their results and goals, by deliberately sabotaging and undermining their efforts,” Smart says. “They can also make it a very unpleasant working environment in terms of the way they communicate and behave with colleagues.”

Even worse is the damage toxic employees can do to a company’s reputation among external stakeholders, Smart adds.

Tan says it is the organisation that loses when politicking and forming allies become the order of the day because a disproportionate amount of effort is devoted to engaging in ore just surviving the office politics.

Still, toxic employees can be extremely difficult to identify from outside their own specific teams. Often, their toxic nature can be disguised by their otherwise strong performance, delivering business outcomes and results.

Even when identified, these high-performing abilities make it difficult for organisations to justify disciplinary actions against them.

“It can be hard for businesses to draw the line with these individuals even when their behaviours and attitudes are not in line with the company’s values or vision,” says Smart.

Tan believes organisations typically come at this problem from the wrong side. He says toxic employees, even when they are high-performing, are far more damaging for an organisation than a well-behaved poor performer.

“The poor performer is easy to identify and rectify,” he says. “From the perspective of the business, a toxic employee is far more insidious and should be weeded out.”

HR can help the organisation through both careful selection of incoming employees, and enabling clear and consistent communication across the business.

In particular, it is crucial to have a communication channel for employees to give feedback about colleagues who have been bothering them.

“Regular one-on-one link-ups between managers and staff should provide opportunities for employees to give feedback on any concerns they may have,” says Smart. “This is not just about other employees who may be displaying the characteristics of a toxic employee, but also any other issues they may have for the business.”

Smart adds that basing performance reviews around explicitly-stated behavioural expectations will also help managers to identify staff who are acting out of line.

“These frameworks will help managers and HR to address behaviours in a formal structure, either through a development plan to try and improve their behaviour, or through a more formal discipline process if the employee has not shown the ability or willingness to change,” she notes.

For online clothing retailer Zalora, there are no hard-and-fast rules when it comes to dealing with toxic employees, whom Group HR Director Foo Chek Wee defines as employees who are “not collaborative”.

This is because the organisation has a performance review programme that rates employees against two separate indicators. The first is how well they are achieving business goals and targets; the other is how much they fit in with the company’s values.

Among the company’s six values the company holds dearly are: working and having fun as a team; maintaining integrity; being innovative; and striving for excellence.

“It’s not that we specifically try to weed out toxic or non-toxic employees,” Foo says. “What we do try to find out is whether employees are meeting the company’s values, which are entrenched throughout the organisation.”

Foo says Zalora has not gathered any statistical evidence to show the correlation between employee who don’t fall in line with those values and the financial bottom line, but acknowledges the risks they pose.

“As HR practitioners, we should try not to rely on intuition too much, but it is very clear that toxic employees should not be within companies as much as possible,” he notes.

Of course, wouldn’t it be better for a company to screen for such personalities during the recruitment stage and avoid hiring toxic employees in the first place?

While Zalora does not specifically seek to identify potentially problematic individuals, it does expect candidates to match its values during the selection process.

“We do not only look at people with relevant skills and experience. Depending on the seniority of the incumbent, we will ask very specific behavioural-based questions based on the six values we have,” explains Foo.

“From this, you can tell more than what a person has achieved, but also how good they are as a team player and as a team leader.”

Smart agrees that a thorough behavioural-based interview process will expose a future employee’s range of behavioural traits – both the good and the bad.

“You should always be asking for examples of both successes and challenges in a person’s work history,” she says.

“You can ask questions specifically focusing on characteristics such as handling pressure, going through change, resilience and working with other employees – all these should help you to understand how they would behave in any given work environment.”

Employers should also do their due diligence when it comes to performing reference checks, which Smart highlights as a great way for confirming how suitable a candidate is for an organisation’s culture.

Tan, however, does not think there is any one set of policies that can eliminate undesirable workers. He believes that ultimately the responsibility falls on leaders and senior managers themselves to set professionalism standards for everyone else.

“It is hard to find proof against toxic workers, unlike misconduct which is clearly spelled out in policies. ‘Politicking’ can be presented as if it is for the good of the company. Favouritism can also be easily justified by leaders setting targets,” he explains.

“HR does not decide who to hire or fire unless it becomes a clear case of misconduct against company policies.”

Smart echoes the sentiment that it is up to business leaders to make the difficult call eventually.

“The company needs to be brave enough to address these employees even when they may be achieving business results, and ultimately decide if the toxic behaviours are serious enough for the employee to be disciplined or even exited from the business,” she says.

Read also: Who is Likely to be a Toxic Employee?