﻿Most Common Cloud Failure & Its Impact on Business 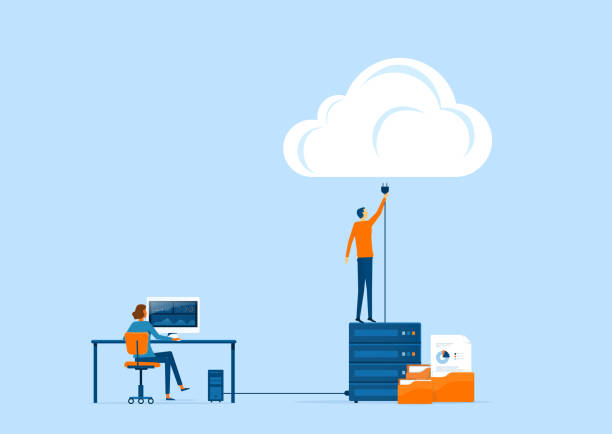 “Cloud computing is not only the future of computing but the present and the entire past of computing.” – Larry Ellison

Cloud computing makes working easier; it gives users more chances and commands for systems they wish to have. Cloud servers store data that may be accessed via an internet connection and that is the cornerstone of all cloud programming. Simply put, not using cloud computing is like sending files manually, meanwhile cloud computing is like google docs, in a way that it gives more synchronization. Because of its simplicity that offers many benefits, cloud computing is used by the majority of businesses these days. Still, it certainly needs anticipation to minimize some of the most common cloud failures and how to prevent them from happening.

According to Gartner, global end-user expenditure on public cloud services is expected to rise from $270 billion in 2020 to $332.3 billion in 2021, a 23.1 % increase. In addition, Markets & Markets estimates that by 2020, the market would be worth $4 billion. The market is anticipated to reach 832.1 billion dollars by 2025 with a CAGR of 17.5%. On the other hand, there is an ongoing concern about cloud computing. According to the checkpoint data, it is not shocking that 75% of businesses are anxious about cloud security issues.

Read Also: Mid-Market Reskilling and Upskilling As a Response to Rapid Technology Innovation

What Could Go Wrong

Although the positive impact of cloud computing is fast and efficient, cloud computing, like any other technology, brings new risks that might jeopardize business stability.

The cloud computing flaw is severe, and it is caused primarily by human error. According to Tessian, human error, rather than cloud providers, is at blame for 88 percent of cloud problems. In addition, businesses that already adopt this technology should be more aware of cyber incidents, especially hacking, lightning strikes, bombing of data centres and human errors. This error can also be caused by financial miscalculation. According to David Linthicum, executive vice president of Cloud Technology Partners and a cloud industry specialist, the cloud is ambiguous: either you spend too much or not enough cost on data security.

The cloud system might also be at risk in terms of updates, service attacks, and crashing due to poor design. This includes lack of testing.  For example, Salesforce went offline due to an update system that lasted for more than 24 hours, resulting in extensive business damage with customers losing hours and hours of data. After the downtime, however, Salesforce moved to Amazon Web Services for most of its workloads. Not only Salesforce, but Netflix and Microsoft Azure also underwent the same failure resulting in rebooting production for Netflix and massive outage for Microsoft.

One of the most common concerns about cloud failure is its security system. System intrusion is when a system is in a state of vulnerability. Factors that affect this is because basically no system is 100% secured. It can also be due to auto-update on some systems. Although this looks harmless, this can put your cloud computing in danger. Not all updates are necessary or should be carried out immediately. Other issues such as authentication problems, data verification, tampering, loss, and theft, data secretion, or recovery problems are also prone to happen when moving to a cloud system.

Having known risks of cloud computing, it is best if you can minimize them, so that your entire business operation can go well while making the most out of this technology. Begin with your requirements and then work up to the technology. In using cloud service, if you were to use it to build your own system, you have to take these aspects into account; confidentiality, integrity and availability, or often abbreviated as CIA.

It is important to consider the reputation of a cloud computing provider. Choose a provider that has a 99.99% uptime guarantee such as Google Cloud Platform, Microsoft Azure, Amazon web service and Alibaba Cloud.

To avoid system exposure, do not use what is not necessary to safeguard your data. Make your system purpose, such as data and configuration specific. For example, if your primary system is a marketplace, focus on that and eliminate anything else unnecessary.

Remember that nothing is ever foolproof in the digital world. Once you choose to rely on cloud computing, always provide backup for everything, in case an emergency situation strikes. Although failure is unavoidable even in a robust cloud system, by choosing wisely, you can at least lessen the chance of data leakage or data crash.

Read Also: The Cost of Employee Turnover and Attrition