﻿The Intern’s Dilemma: What HR Should Know? 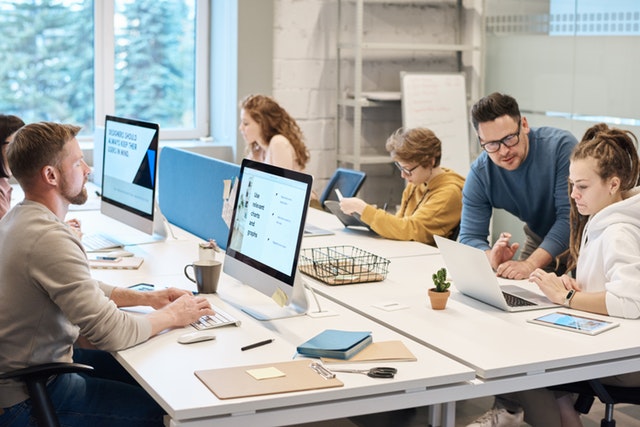 ﻿The Intern's Dilemma: What HR Should Know?

Internship programs have a wealth of benefits for students and fresh graduates to prepare for the real professional working world. It is a great way for students to get first-hand work experiences in an industry where they can apply the theory they have learnt in the classroom into practice in the real world. These valuable experiences can help shape them to be competitive hires after graduating from school.

Albeit internship offers an important experience one needs to pursue, it is often perceived negatively by young generations. Rachel, a sophomore student, told The GW Hatchet that internship might be the best way to prepare individuals to be competitive hires, but interns are often given a mouthful of tasks. Interns are also required to do their job without proper training and/or staying up late to help the supervisor, admitted Rachel. While there are people who would willingly stay-up-late to help their supervisor, the real-world of interns is often full of stress, overwhelmed feeling, and occasionally downright uncomfortable. This especially true if you go for unpaid labour, Rachel added.

In fact, Rachel is not the only intern who feels the dilemma of being in an internship position. Wall Street Insanity reported the same cases of unethical treatment interns received during their internship programs, such as being overworked while being in unpaid internships or getting low job description that does not align with their major.

See also: Paid vs. Unpaid Internship: What You Should Know before Applying Internship Program

In sum, here are the two most significant intern’ dilemmas that leaders should know.

The International Labour Organisation revealed that there are some requirements a company must have when employing young people for an internship, including offering proper training and a clear work schedule. However, ILO reported that there are many employers hiring interns as cheap labour, even unpaid labour, for a reason to gain experience for better work.

This cheap and unpaid internship, furthermore, greatly affects how individuals survive real work employment. ILO expressed that unpaid internships are negatively correlated to salary, employment outcomes, job search duration and job satisfaction. However, it also showed that at some point, unpaid internship brings positive results in regard to variables such as confirming career interests, setting career goals, and networking.

Internship as a stepping stone for a future career?

In line with the previous statement, Pay As You Go survey found that there is evidence that completing multiple internships can have diminishing returns, and might actually have a negative impact on employment and wages.

Many employers offer low and no pay to interns that push them to rely more on their parent’s wages until they get full advantage (salary and other benefits) of their work or is promoted to full-time labour. This, nonetheless, might take longer than what intern’s expected. Pay As You Go survey mentioned that over half of unpaid internships were over 4 weeks in lengths, while 11 percent of unpaid internship undertaken was over six months.

That being said, while internship is good to gain a professional career, the downside of being an intern, especially unpaid intern, is far greater than its advantage. For this reason, both employers and interns should acknowledge themselves with the rules and laws in each state. Understanding rules and laws can cut intern’s dilemma of wrongful treatment, discrimination, or overwork.

As an example, an internship in Singapore is protected under the Employment Act. Interns are given equal treatment as full-time employees and can be given overtime tasks with extra pay. Employers, cited MOM, must pay employees for extra hours of work or for working on their rest days or public holiday. Employers should also pay interns for overtime work with no less than one and a half times their hourly basic rate of pay.

Internship law in Malaysia is a bit blurry because there is no specific rule about that, yet. However, interns in Malaysia are entitled to minimum wages if they are classified as an employee (having a similar job as full-time and/or part-time employees). In 2019, Norizan Sharif, an entrepreneur and market explorer, stated on Twitter that “all interns should get minimum salaries. Anything less is unacceptable and demoralising”. In the tweet, he tagged the Education Minister of Malaysia, aiming to call more awareness to the point he was making.