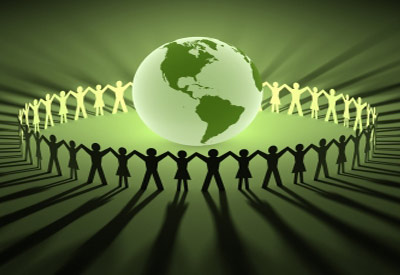 Many organisations invest heavily in corporate social responsibility (CSR) programs, in order to create trust amongst their shareholders, employees and customers, as well as improve their corporate brand. But what role does HR play in CSR? Does the profession need to take a more involved role in deciding the direction of organisational CSR strategies?

According to Jonny Gifford, research advisor to the UK-based Chartered Institute of Personnel and Development (CIPD), the term ‘CSR’ emerged in the 1960s. Gifford explained “The term ‘CSR’ became increasingly common in the 1990s, in particular when the spotlight was being shone on poor working conditions in global supply chains. CSR or CR (corporate responsibility) has its skeptics, as well as advocates, but the defining feature is that it activity and standards that companies voluntarily sign up to, separate from legal governance.”

However, most organisations find it easy to use it as a branding opportunity, maintaining a CSR webpage but not necessarily doing anything about it. By a certain point, organisations usually actually have to take action, as expectations are raised among stakeholders.

Organisational attitudes to CSR have evolved over the last decade, and not something to be dismissed. There are two broad aspects to corporate responsibility:  the traditional focus on CSR where the organisations works to benefit local communities in which it operates, and environmental policies and activities core to the business and their profits.

People play a central role in the value creation process which is about understanding the way an organization works and the consequences of its activities. An example is organisations treating their customers and suppliers ethically. Defining value creation in narrow financial terms, organisations can develop very far while maintaining a deep disregard for social responsibility.

But a triple bottom line view focuses on long-term value creation and unifies this with a broader stakeholder view.  This leads organisations to look at what is socially and environmentally sustainable, with ethical conduct integrally linked to value creation.”

HR professionals have a three-fold role in CSR, as many aspects relate to HR management. Gifford comments that

“HR needs to make sure people management practices are ethical and secondly, to embed corporate responsibility you need to give people the right support and training and HR has a role in learning and development side of that. The third aspect is embedding ethics into the organizational culture. That’s about being able at board level to ask the challenging questions.”

HR functions should be merged into CSR. Sometimes, CSR is misconstrued and used as a marketing tool. The HR function is required to think about leadership, recruitment and rewards. A challenge facing organisations in CSR is evaluating the impact of CSR activities on targeted communities, according to  Professor Kamel Mellahi, professor of strategic management at Warwick Business School.

Mellahi explained “CSR differs from any other corporate activity. It deals with issues like environmental pollution, child labor and product safety which are often seen as outside the traditional boundaries of a business. Therefore it’s not easy to measure CSR performance by using traditional indicators such as return on investment. Effective measures of CSR must consider economic, social and environmental impact.”

Embedding corporate responsibility into a business is about making it an integrated part of the organisational culture. HR is ideally placed to gauge organizational culture, understand it and change it. The biggest driver for an organisations increased focus on CR generally comes from greater pressure by governments or regulators.

CSR can be justified either in terms of altruism or enlightened self-interest. Definitions of CSR typically contain altruistic elements requiring corporations to acknowledge their obligations to stakeholders. By comparison, enlightened self-interest advances the belief that ethical behaviour can be good for business. An example can be gaining a competitive edge by adding value to an organisation’s products or a positive public reputation.

Of these two approaches, enlightened self-interest is favoured most strongly by companies. To illustrate this, Google’s CSR strategy is openly motivated by enlightened self-interest. According to Axel Marrtinez, the assistant treasurer for Google, it invested US$28 million in 240 affordable housing units for low-income families in Boston, Massachusetts.

This not only showed it to be a good corporate citizen, but was also calculated to benefit Google from an improvement in societal standing. B contributing to social problem solving, they created positive branding for themselves within local communities and elsewhere.

CSR programs like Google’s are justified by enlightened self-interest, on the basis of their utilitarian benefit. In this case, the material benefits of low-cost housing enjoyed by Boston residents is equal to the reputation gains and societal standing afforded to Google.  CSR beneficiaries are perceived in terms of their intrinsic value to the company.

This is where the donor-recipient relationship can seem exploitative and enlightened self-interest can damage the integrity of CSR. To reduce cynicism and to avoid producing exploitative-prone CSR strategies, altruism must be embedded within the corporation’s core purpose and the interests of all stakeholders must be taken into account, not only those of shareholders.

Aygaz, Turkey’s leading gas provider, is a good example of a company with altruistic orientation. Their Climate Change Education Program aims to increase awareness amongst Turks of global warming. Aygaz centred their program around recipients, involving their customers in pilot projects and eventually achieving a 51 percent increase in climate change awareness.

The 21 percent increase sale in gas appliances was an added bonus, rather than the sole focus of CSR activity. Aygaz showed that CSR strategies motivated by a genuine concern for the common good are less open to criticism. Accountability of CSR strategies is improved when beneficiaries are actively involved within the CSR design process and are seen as ‘ends’ in themselves, not simply a ‘means to an end’.

In ending, strong CSR strategies are those where altruism is deeply embedded within the organisation and places beneficiaries at the centre of programs. This increases both organisational accountability and transparency. Although enlightened self-interest provides a logical business reason for pursuing CSR initiative, these frequently produce weak programs open to accusations of marketing spin or stakeholder manipulation.