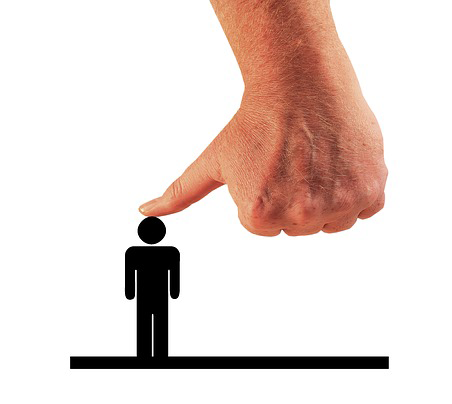 A Monster Global Poll surveyed workers worldwide and posed the question, “Have you ever been bullied at work?” Of all responses received, roughly 90 of workers believe they have been bullied at work by a coworker or a manager. This is an alarming figure, highlighting the fact that workplace bullying is an issue that the HR department must be equipped to address.

According to a research paper co-authored by Nikos Bozionelos, white collar workers in what the paper described as ‘the Confucian Asia region’ (Singapore, Hong Kong and Taiwan) are those who have the highest acceptance rate of workplace bullying. The paper based its findings on a survey of 1484 alumni and current MBA students from 14 countries worldwide.

Professor Bozionelos discussed his findings in detail as he wrote, “While English, American or Australian white collar workers are prepared to bite their lips when faced with workplace bullying, their acceptance of such behaviour is still less than that of their counterparts in the Confucian Asia region. The study shows that an even higher acceptance rate of bullying bosses is to be found in Singapore, Hong Kong and Taiwan. This is linked once more to the cultural feature of ‘high performance orientation’.”

He added, “However, in Confucian Asian countries this strong performance orientation is linked to strong ‘power distance’, making work-place bullying more acceptable. Such high power distance means that the actions of those with ‘power’ are seen as a natural right. As a result, any behavior from bosses is deemed acceptable and rarely excessive.”

Are employers willing to accept and address workplace bullying? In the Workplace Bullying Institute’s Survey, findings showed that 72 percent of employers were doing very little voluntarily to address bullying. In 61 percent of the cases reviewed, the bullying only stopped when the victims left their jobs. The reluctance to punish bullies could be due to the fact that the bullies are either key appointment holders or performers highly valued by the company. While the study covers the US only, the survey cited plenty of anecdotal evidence from friends and victims of workplace bullies in Asia where employer attitudes are similar.

The survey finding begs the question: if Asian business culture translates to more acceptance of workplace bullying and less protection for victims, is legislation the best solution to end this damaging practice?

In January 2014, a law was put into place to protect Australians who believe they are being bullied at work. The affected parties will soon be able to apply to the Australian Fair Work Commission to have the harassment stopped. The law, an Australian first, was included as a part of amendments to the Fair Work Act passed by the Federal Parliament in June 2013. The ultimate aim of these measures is ensuring that workplace bullying is brought to an end.

All in all, businesses and HR professionals need to understand that workplace bullying might seem to drive up short term results and productivity. But in the longer term, it will only result in a loss of productivity. If the resident bully is left to his own devices, other employees will leave the company. The company will incur additional costs for recruitment and retraining and a reputation for workplace bullying will also impact long term. More importantly, as employees become more aware of their rights, abusive employers can also become embroiled in hefty lawsuits should dissatisfied employees decide to seek damages.

This is why complaints about hostile behaviour should be taken seriously. And more importantly, when coming to a resolution, HR personnel, as well as management, should avoid taking sides. Instead, rely on people’s testimony and facts to effectively resolve a conflict.

Read also: Workplace Bullying Causes & How to Prevent Them