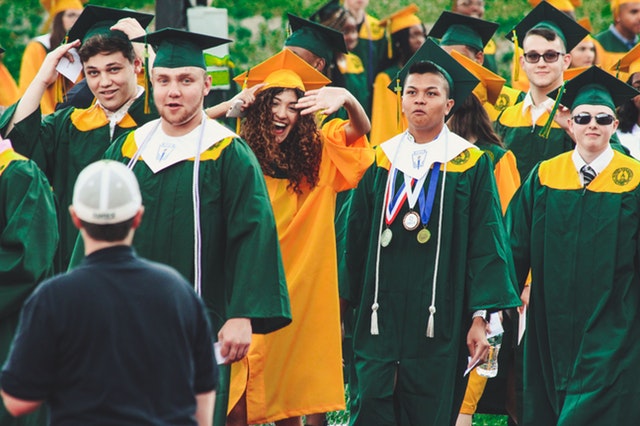 Many might believe that money weighs less importance when it comes to job hunt. However, LendEdu research found that money while might not be a top priority, many fresh graduates are expecting high starting salary when it comes to job search. Surveying 7,000 students, nearly everyone cited that they expect to earn about $60,000 in their first job out of college. In fact, the actual median salary fresh graduates can get is $48,400 with 0-5 years of experience.

Given the fact that employers could not offer the salary most fresh grads expected, it can be difficult for employers to get talents they want. Therefore, it is important for both fresh graduates and recruiters to educate themselves with the general starting salary in certain region and industry. This knowledge can help both parties to remove the gap between expectation and reality. Here, HR in Asia presents some starting salary reports around Asia.

Fresh graduates in Singapore expect to bring home S$3,000 to S$4,000 as their starting salary. This expectation is not far from the real starting salary trend. According to MOM stats, the highest starting salary is S$4,050 monthly for dental degree graduates and the lowest is S$3,000 monthly for 4 degrees, including B.F.A, B.Acc, B.Sc, and B.Comm.Studies. The salary does not include overtime pay, public holidays, allowance, etc.

See also: The List of Average Salary of HR Job Roles in MALAYSIA

According to Bank Negara Malaysia, the average starting wage sees increments between 2010 and 2018. The newest average starting salary for candidates without prior working experience is around  RM1.851 per month. The highest is RM3,267 monthly for withholding master degrees and the lowest is RM1,077 monthly for PMR degree. The starting income does not include overtime, payments for work done on rest days, allowances, etc. The starting basic salary will only be applicable during the probation period which normally ranges from three to six months. When probation is over, salary should be increased or renewed to a higher level to ensure loyalty.

Adecco annual salary report showed that starting salary for fresh graduates in Thailand ranges between 15,000 THB to 35,000 THB monthly. This is the only base salary which does not reflect for an individual’s job based on location, education, certification, and other considerations.

For bachelor degrees, starting income is the highest to 5,135 yuan per month. For those who hold higher vocational college graduates, the average monthly salary is 4,112 yuan, according to Statista. The higher your degree is, the higher your pay will be. In China, the highest pay is given to those who are graduating from R&D, Pharmaceuticals & Biotech. The lowest salary is given to graduates or alumni who graduated in Education & Research degrees. This monthly salary does not include overtime pay, allowances, and other basics benefits or perks.

The average starting salary for fresh graduates with a BA degree, based on Average Salary Survey, is around IDR 2,000,000 to IDR 6,000,000 depending on the entry-level role you are pursuing and location. If you hold more certifications and better skills, you can expect a starting salary of more than IDR 5,000,000 in the capital city Jakarta. The salary does not include overtime pay and allowance or benefits.

Indeed survey revealed that the average starting salary for fresh graduates with less than 1-year working experience is Php 16,913 per month, with the lowest is Php 6,500 and the highest is Php 32,000. Same as others, this salary does not include allowance/benefits and overtime pay.

The average graduate earning with less than 1-year experience is AUD 61,000 annually. The least pay is for those of graduate accountant with a salary range between AUD 45,000 and AUD 50,000 yearly. This payment is calculated based on several factors, including gender, age, language and culture, socioeconomic background, location,  and disability. Yet, this salary has not yet include bonuses, benefits, allowances, and overtime pay.

According to Indeed survey, starting salary for fresh graduates working in India is INR 16,723 per month. The lowest starting salary is INR 8,000 while the highest pay can reach up to INR 39,000. The highest salary, however, can be obtained for certain degree or fresh graduates who gain work experience from internship or apprenticeship. The salary does not include overtime pay and benefits/allowance.

Read also: Why Hiring Fresh Graduates? Here are the Plus and Minus