﻿4 Ways the World is NOT Designed for Women 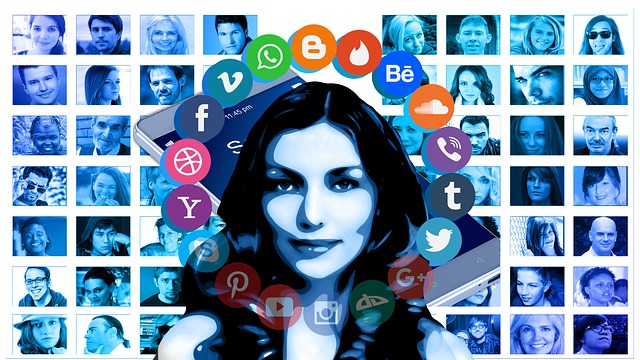 “The point is not for women simply to take power out of men’s hands, since that would not change anything about the world. It is a question precisely of destroying that notion of power.”

While you might see changes in our world today that more countries are working towards gender equality, it seems that there is still a long journey to reach such equality.

Caroline Criado Perez in her book Invisible Women: Exposing Data Bias in a World Designed for Men revealed that the world is not merely designed for women. In her argument, Perez noted how women typically take on bulk of domestic work and child care which means gender roles are literally taking their lives. In her book, Perez explained that world is largely built for and by men, women are systematically being ignored. Invisible women exposes gender data gap that is at the root of perpetual, systemic discrimination against women, and that has created a pervasive but invisible bias with a profound effect on women’s lives.

See also: Challenges Faced By Millennial Women in the Workplace

These four evidences reveal more reasons why the world is likely not designed for women. Do you agree with them?

Applications and smartphone designs are particularly designed only for men. Criado Perez as interviewed in BBC commented that women’s hands are pretty small compared to men. However, smartphones are built on average 4.7-inch (12cm) or even bigger which can be difficult for women and small-handed men to operate it single handed.

In terms of mobile apps, smartphone is not so advantageous for women as well. For example, Siri and other health apps are unintentionally-biased against women. “The comprehensive health app on the iPhone that did not have a period trackers, the way Siri could find a Viagra supplier but not an abortion provider – that is what happens when you do not include women in decision making process,” added Criado Perez.

Most science equipments are designed for only men. NASA was supposed to have a historic moment with all-women spacewalk on March, 2019. Unfortunately, the moment was cancelled because women scheduled to walk does not fit in the space suits. “It just brought me back to all of the times I’ve personally had to choose between missing out, or struggling with equipment that did not fit and was not made to fit my body,” argued Jessica Mounts, executive director of Kansas Alliance as quoted in Slate. Women’s body surely is different from men and NASA has not prepared for that yet. It says that space suits that are designed for women either have smaller pockets or all ill-fitting.

Role of women in military expands to ground combat jobs. Therefore, it becomes necessary for military service to include equipment especially designed for women. However, up until today, military material solutions have not historically or systematically considered female warfighter as an operator and supporter in the field. One study focused on military systems for women in combat revealed that most frequent occurring problems for female equipment are lifting and carrying weights that exceeded mixed-sex limits for a variety of equipment including transit cases, generators, and weapon system components.

Moreover, BBC cited that around this year during military service, several women complained about the equipment they had to use. They were forced to adapt body armour to fit them albeit it means they should remove important part such as protective side panels or putting pieces of foam under straps to reposition gear. “Women went through Iraq and Afghanistan in equipment designed for men,” Alex Elian, a scholar focusing on women in military, said to BBC.

Companies have reported that they are highly committed to gender diversity in workplace. However, Women in the Workplace report revealed that those commitment has not translated into meaningful progress. It is showed that progress is not slow but it is stalled. Based on data from 462 companies employing almost 20 million people, including 279 companies participating in workplace study, there are two objective findings that:

Another study from OECD also reported the same. While women are getting more education, they are still less likely to go into STEM fields and are concentrated in a small number of occupations. OECD also mentioned that old problems such as pay gap between men and women remains exist, with women are being paid less than men and are likely to bear the brunt of unpaid work. Thus, these factors add up to a huge increase in risk for women living in poverty as compared to men.

Read also: Only 1 in 10 Firms in Japan Have Women in the C-Suite Roles