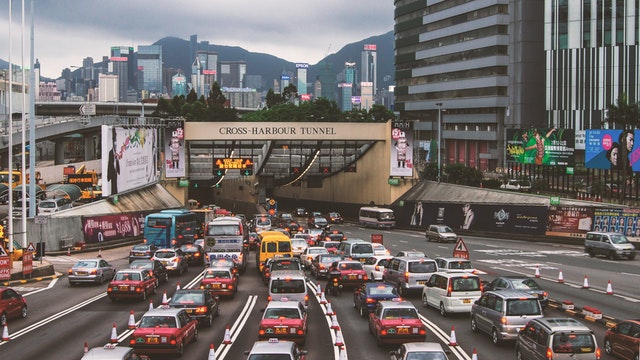 Jhon often shows up late for work due to long commute and traffic. Getting several warning from his manager, Jhon starts to sleep early and goes to work early to avoid traffic. The new approach Jhon tried works but it does not last as Jhon often asks to do overtime work for increased product demand. Due to his long commute and overtime work, Jhon doesn’t get enough sleep which increased his depression, tiredness, and frustration. Are you experiencing the same?

According to a study of more than 34,000 UK workers, those who travel far for work are more likely to suffer from depression, work-related stress, obesity, and get less than seven hours of sleep each night. The negative effect of sizeable commutes is particularly true for those who do self-driving. Long hours of commuting for drivers is associated with high blood pressure, musculoskeletal disorders, increase anger and resentment, absenteeism, lateness, and less ability to concentrate and perform at work.

Therefore, it is important for you to avoid long commute fatigue. Here is some advice to make your commute better while maintaining your health and avoiding traffic-related stress.

Use the commute to transition yourself into your next role

Researchers at Harvard Business School showed that avoiding commute stress can be done by using the commute time to transition into your office role instead of relaxing, listening to music or podcast.

Transition means to leave your “home-related” hat and wear your office hat. After that, you can go through your plan for the day at work on your commute such as setting a goal and priorities, review three most important tasks to accomplish, etc. Francesca Gino, HBS professor, said that transition helps you efficiently hit the ground running when you finally do make it into the office. It helps you prepare and be ready for the day.

Find a way to make your commute more social

Kahneman & Kueger study found that commuting is less unpleasant when it is more of a social experience. The negative feeling of commute, such as anger, anxiety, depression, can also be eliminated when you are accompanied by someone during the commute. Positive energy can also be built when commuter spends time speaking with strangers while using public transportation.

That being said, if you want your commute to be less stressful, you can carpool with coworkers who live near you or use a service like a Rideshare carpool. Another alternative is that you can take a taxi and chat with the driver. Or, if you are convenient, you can start a conversation with a stranger on public transportation you usually use when going to work.

Walk and cycle to the office

Adam Martin, from UEA’s Norwich Medical School, explained that those who walk or cycle are happier than those who drive. Walking or cycling has also been associated with increased physical and mental health. If it is not possible for you to walk or cycle to your office, nonetheless, you can still do it by walking or cycling to your bus/train station, added Martin, walking and cycling to stops will increase your healthy immune as well as reduce the chance of suffering from obesity.

Another way to reduce commute stress is to live near your office. If this is not possible, you can try remote work. Being a remote employee is one way faster to cut the commute. Nicholas Bloom also showed that working remotely does not only give you the privilege to work in a location of your choice, it also helps boost your productivity, happiness, and performance.

Read also: Looking for Remote Job Opportunities? Send Your Resume to These Companies