Why Do You Need Emotional Intelligence at Work? 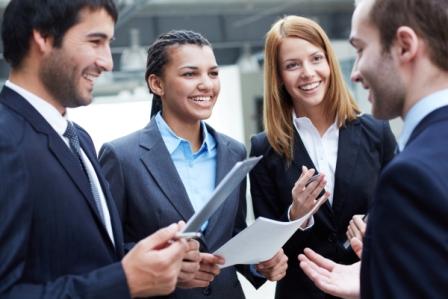 Does EQ outweigh IQ when it comes to success in the workplace? Nearly all Human Resources (HR) managers (95 percent) and workers (99 percent) surveyed by staffing firm OfficeTeam said it’s important for employees to have a high emotional quotient, or EQ, because it helps them manage their own emotions and understand and react to the emotions of others.

OfficeTeam has developed a research guide, Emotional Intelligence at Work: What It Is and Why You Should Care, which provides advice for boosting EQ and recognizing it in potential hires. There’s also a quiz for individuals to test how emotionally intelligent they are.

The research describes how professionals can rely on their emotional intelligence to deal with various types of personalities and challenging situations they encounter at work. When employees take emotions into account, they make better decisions, communicate more diplomatically and resolve issues faster regardless of who or what comes their way.

“The value of emotional intelligence in the workplace shouldn’t be underestimated — it’s vital to companies and teams,” said Brandi Britton, a district president for OfficeTeam. “When organizations take EQ into consideration when hiring and also help existing staff improve in this area, the result is more adaptable, collaborative and empathetic employees.”

Key findings from the research are:

See: Is Developing Emotional Intelligence Harder than You Think?

Britton added, “There’s more to emotional intelligence than just keeping your emotions in check. It’s equally important to focus on what others are saying with their words and nonverbal cues, and identify with their feelings to build effective working relationships.”