What Will Be The Most Coveted Workplace Traits Over The Next Decade? 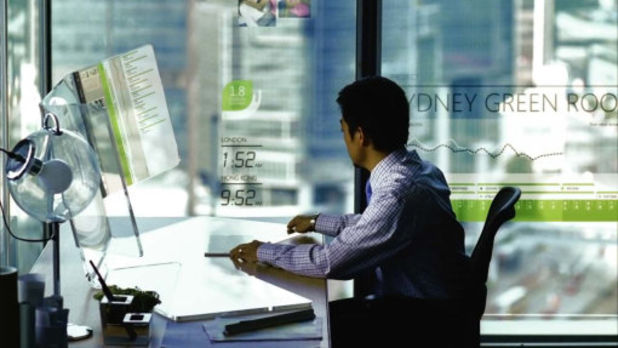 Mega Trends are transformative, global and sustained forces defining the future of world at work. They have widespread impact on businesses, societies, economies, cultures, and personal lives. We can see their influence emerging in a number of ways.  For example, trends including wearables, Big Data, predictive analytics, and online marketplaces are converging because of faster, more pervasive connectivity.

Artificial intelligence, combined with smart technologies and sensors, is revolutionizing our relationship with machines through the Internet of Things (IoT). An increasingly urbanized world is bringing forth more Mega Cities, with GDPs rivaling those of some nations and global brands that transcend borders.

As mega trends change our world, they will profoundly alter our labour forces.  Frost & Sullivan’s Visionary Innovation practice has extensively researched Mega Trends that will affect work in the coming decade. One of the key areas of influence will be the traits top employees possess.

Within the series, The Global Future of Work, the so-called new universal literacies is highlighted. These are the characteristics we think employers will value most in 2025, and we are sharing part of those findings below. So, what will be the most coveted workplace traits in the next 10 years?

Cultural fluency is the ability to move seamlessly among cultures, understanding subtle and often non-linguistic modes of communication. It is deep knowledge of customs, behaviours, body language, and attitudes, leading to success in a globalized economy.

Lacking it can undermine all aspects of an organization, from operations to product and business development, especially for multinational corporations. Since there is no evidence that globalization will slow down, particularly in the business world, cultural fluency is a critical must have.

In fact, if trends continue, the global value of commercial services exports will exceed $8 trillion and global business travel spending could be as high as $2.59 trillion by 2025. These are estimations based on figures from the Global Business Travel Association and 2013 World Trade Organization figures.

The net result will be greater geographic dispersion of workers, corporations and manufacturing centers. In sum, the future global labour force will prefer individuals capable of adapting to a variety of cultural norms.

See: What will the Workplace of the Future Look Like in 2016 and Beyond?

Emotional intelligence will become more significant in 2025 for three reasons. First, it is more difficult to automate emotions than many medium-skill tasks. Advances in artificial intelligence, particularly in machine learning, which enables computers to teach themselves, will displace many jobs, including administrative work, as well as other white-collar work, such as loan and insurance underwriting.[i]

The effects of automation can already be seen. Since 2000, the global share of total employment for medium-skill jobs has dropped approximately 4.4 percent, according to the ILO. Projected further, we could see shares fall another 3 percent by 2025.[ii] Certainly, new occupations will arise as older ones are automated, but many of these will require emotional aptitude, explained further below.

Second, emotional aptitude will form the backbone of the emerging caring economy. By 2025, at least 15 percent of the total population of many countries, including Japan, most in Western Europe, South Korea, and the United States, will be aged 65 or older.[iii]

This demographic shift will require a much larger number of caretakers for older populations and younger children, who will see more of their mothers participating in the labour force.

Further, we expect to see greater emphasis on emotional wellbeing, which will result in higher demands for occupations such as therapists, counselors, and recreational workers.

Third, knowledge work is quickly transforming into social networking work. By 2020, if trends continue, there will be over 690 million enterprise social media users worldwide.[iv]

With sites like LinkedIn claiming more than 400 million users globally and Facebook entering the enterprise world, with its Facebook at Work platform, never has the phrase “it is not what you know, it is who you know” been more true.[v] Cultivating and managing these relationships will require social savvy, ultimately supported by high emotional IQs.

By 2025, there will be over 3.7 billion smartphones and, according to Microsoft, 4.7 billion internet users.[vi] The global rise in connectivity will require workers who can strategically use digital networks.

Digital literacy encompasses a broad range of skills, from operating a range of devices to understanding how to access and post information online.

One must be able to sift through information available on the Internet, gauging source reliability. Digital literacy also includes content creation, such as website design and coding. That said, it is not simply learning how to use a computer. Rather, digital literacy is about knowing how to navigate the entire digital ecosystem.

The good news is that millennials (those aged 25 to 44 in 2025) will comprise approximately 48% of the global workforce in 10 years.[vii] Millennials have grown up with connected devices so that their use has become entirely intuitive.

These three skills will dominate the future workforce. Knowing the importance of them will help guide HR professionals through the challenges of recruiting, retaining, and developing top talent in an increasingly globalized and technologically sophisticated world.

Also read: Are Global Corporations Making Enough Efforts to Foster a Culture of Well-Being at Workplace?

[i] See Carl Benedikt Frey and Michael A. Osbourne, “The Future of Employment: How Susceptible are Jobs to Computerization?”, Oxford Martin School, 2013.