Should You Use Emojis at Work? 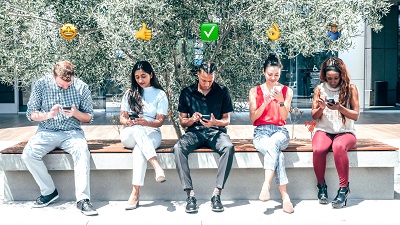 If a picture is worth a thousand words, then emojis can save you that many characters to get your message across. Originating from Japan, emoticons or emojis are a fun way to communicate with families and friends. But should you ever add them in a professional message to your boss? Be it to lessen the tension between you two or simply to add a sense of warmth, is using emoji something to proceed or avoid?

For some people who have done or regularly do so, the use of emoji is starting to be acceptable in professional settings. In general, there are three purposes of putting emojis in a text: to express positive vibes, to mark jokes, as well as to either strengthen or soften statements that could be misread as reprimanding. In a Covid-19 era where most workers are telecommuting, the absence of visual body language can make written messages in an online interaction easily misinterpreted. In such a case, emojis can help make messaging more effective as team members can convey the intent or context that could be missing from a plain text.

To celebrate World Emoji Day 2021, Adobe recently conducted a survey on how emojis play a role in digital communication. Beyond making conversation fun, Adobe finds that emoji use at work actually brings big benefits for talent retention, collaboration, and communication. Majority (66 percent) of global emoji users like it when people use emoji in professional settings, meaning that exchanging emojis among colleagues is becoming more common. Now, what about sending emojis for your boss?

Sending emojis to your boss: a NO or a GO?

Putting a smiley on a message for your fellow workmates might not be much of a problem, since both of you are on the same level of hierarchical relationship. However, there needs to be several things to consider when sending emojis to your boss. It is important to note that an uptight and serious boss might find emojis unprofessional and inappropriate at work. That being said, you need to make sure that your boss tolerates emojis before sharing one with them.

If your boss is relatively lenient, then you may add a simple, neutral emoji or two. Use emojis as a way to mimic your actual expressions as you type it, this will help lessen the tense tone on your message. For example, a smile or thumbs up is enough to emphasize that you understand your boss’ instructions. A laughing emoji is also a good reaction when your boss sends an intentionally funny or joking message.

Another thing to avoid is using emojis to senior leaders you are not very familiar with, as this will be seen as an act of audacity. Also, refrain from using emojis when communicating with external audiences and clients stay professional and trustworthy.

What about emojis among colleagues?

Adobe research reveals that 71% of global emoji users feel that using emoji at work positively impacts likeability and credibility. This means that the majority of workers perceive emojis as something positive. Moreover, 73% believe that using emoji at work can help them to quickly share ideas. This is because emojis are more visual in nature and they can convey ideas more precisely. In terms of work dynamic, 76% users agree that emojis are important in serving as a communication tool for creating unity, respect, and understanding of one another.

In saying how one feels, emojis help express feelings in a more visual manner. In terms of professional situations like decision making, 63% users believe that using emoji at work makes team decision making more efficient. It is said so because the existence of pictorial symbols like emojis may help to add a ‘human’ feel for non physical interactions. Nevertheless, you need to stick to office rules when using emojis: do not deviate too far from good colleague behaviour. Being considerate does not always mean being dull and overly serious.

Examples of acceptable emojis at work

Here are top three emojis that are considered most effective in professional settings that can motivate users.

The classic thumbs up emoji reflects an appreciative attitude. This emoji can be used to emphasize that something is done right, or in other words: good job. The second emoji is flexing emoji that can reflect an encouraging attitude. Commonly, this emoji can be used when you want to uplift the spirit of fellow coworkers, for example when there are more tasks to finish or when the deadline is approaching. The third emoji is an okay sign emoji that reflects a reassuring attitude. The use of this emoji is usually to denote that something is currently handled and taken care of. These three emojis serve neutral and direct tones, meaning that there is very little to zero chance of them to reflect ambiguity and sarcasm.

In the final remark of Adobe’s survey, the use of emojis in professional settings is getting more and more acceptable. Needless to say, there needs to be some consideration in using emojis to a higher level of coworkers as mentioned earlier. The use of emojis for professional settings is tolerable, be it among coworkers or to bosses, as long as no harm is ever intended in its use. Happy World Emoji day! 🙂

Read Also: Are Companies Making The Most out of Digital Tools?