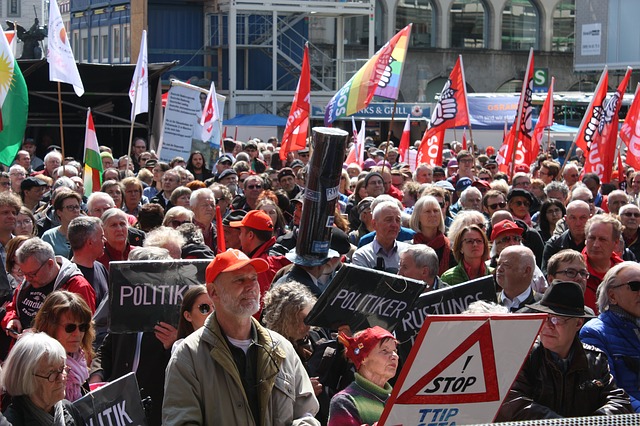 International Labour Day is a symbolic holiday to commemorate the Haymarket affair which took place in Chicago, US in 1886. This commemoration happened due to long hours work, workers did in unsafe conditions. Thus, Labour Day was pictured with many protests and strikes on streets by workers in order to get their right as humans.While most of Asians did the protests, European and some western countries celebrated May Day in different way.

Here is how May Day is celebrated internationally last year.

United Kingdom – May Day is a day where people gather around and dancing in the maypole. They will also crown a May Queen. May Queen is a person who represents all that is good, true, and wholesome for May Day Holiday.

Finland – Finns have their own tradition on May Day. Usually, adults and students both are gathering around and partying. Their favourite drink is mead (Sima). Finns will also scream “tradition!” throughout the drinking party.

Germany – Same as United Kingdom, Germans will set bonfires and maypoles. They will also host secret admires or haters for the event.

Bulgaria – May Day event is celebrated with snakes in Bulgaria. Bulgarians will usually steer clear of fields for snake bites. They will use whatever methods or things they have to banish reptiles away from them.

Malaysia – Commemoration strikes for social security coverage and minimum wages hike were held in the country.

Turkey – Workers in Turkey declared security concern on May Day celebrations. Yet, a day before International May Day, authorities began taking security measures in Taksim Square in Istanbul.

Philippines – Labour activists made a giant effigy of President Rodrigo Duterte and dragged it towards Malacanang Palace. This campaign was meant for the president to fulfill his promise regarding employment. It is mentioned that employers should not hire workers on short-term contracts without sufficient benefit.

Thailand – Workers, especially female ones, dressed to resemble pregnant women as they parade. The parade was meant for companies to give them a 10-point better welfare, improved work, and living conditions.

South Korea – Another strikes happened in Seoul. Approximately 20,000 protestors were flags and carry banners in a push for better working conditions.

France – In France, May Day is identical with campaign for human rights in general. It is also dedicated to demonstrate against racism or highlight other social issues.

There are many more strikes and protests on May Day. However, some countries do celebrate it in positive way such as party, contest for May Queen, and many more. What about you? How will you celebrate May Day this year?

Read also: Is It Okay to Ever Cry at Workplace?