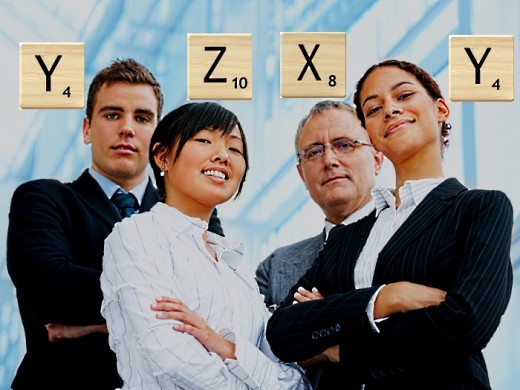 Get-the-job-done attitudes and priorities of Gen X employees (born 1965-1980) right! This generation cares the most about making an impact on the business and are the most engaged in the workforce.

An executive survey released today by the FutureStep division of Korn Ferry, reveals that the generation X is the most engaged in the workforce, more than half of respondents (52 percent) agreed. Baby Boomers and Millennials were tied at just under 25 percent.

“While members of each generation are critical to the workforce and their diversity of thought brings new ideas and insights to companies, organizational leaders would benefit by harnessing and rewarding the hard-work habits of Gen Xers,” said Andrea Wolf, North American Practice Leader – Human Resources, FutureStep.

The survey also found that the largest number of respondents (39 percent) say that the “ability to make a difference in their organization” is most important to Gen Xers in the workplace. That’s nearly double the percentage that cites “job stability” or “development opportunities.”

Nearly 50 percent of respondents said that “the ability to make an impact on the business” is the top reason why a Gen Xer would choose one job over another. When asked why they would stay on the job, 41 percent said “a sense of pride in their work” with “financial stability” coming in second and “organizational culture” coming in third.

“We find that generally speaking, Gen Xers have different priorities in the workplace than their younger millennial colleagues, who usually place much higher priority on the culture and vision of companies for which they work,” Wolf added.

“Gen Xers tend to focus less on the environment around them and more on accomplishing their work goals and contributing to the success of the business. As a result companies need to value their ideas and opinions and give them a voice.”

Highlights from the survey

There were 1,070 responses to the global survey, which took place from January 25 through February 2, 2016.

What matters most to Gen X employees

What benefits matter most to Gen X employees

What makes a Gen Xer stay in a job

What makes a Gen Xer choose one job over another?

On an average, which generations do you believe is most engaged in the workforce?

What generation gets the most attention in the workplace?

When asked which benefits are most important to Gen Xers, the top answer was “pay and bonuses” at nearly 50 percent. Only 25 percent said “paid time off.”

“Talk to a Gen Xer about his or her vacation, and they’ll say they’re too busy to take one, or they had to cut it short because of work,” said Wolf. “Employers may want to consider rewards other than extended vacation time to attract and retain this group.”

“To increase productivity and quality, one needs to understand generational characteristics and learn how to use them effectively in dealing with each individual,” said Wolf. “One of the best approaches for Gen Xers is to give the tools and resources they need to do their jobs well.”