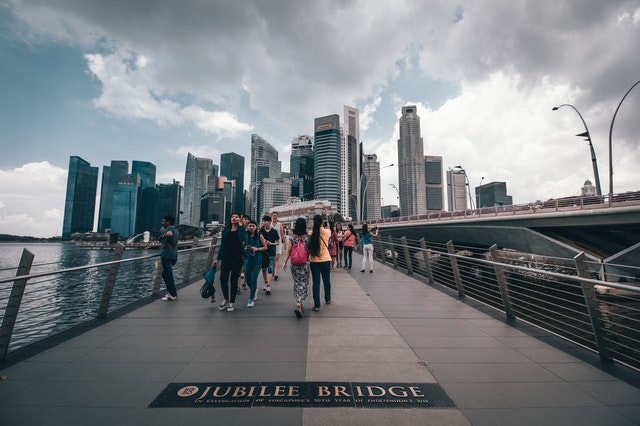 According to ATKearney index, Singapore is classified as an Alpha-city, indicating its influence on the global economy. Singapore is also a highly developed country and is ranked 9th on the UN Human Development Index, the highest in Asia for a sovereign state, with the 7th highest GDP per capita in the world, indicating that Singapore is a good country for living as an expat.

So, are you planning to work in Singapore? If yes, you need to pay attention to these warnings. There are some things expats should do and should not do when working in a Singapore company.

Singapore is famous for its strict laws and rules. According to Business Insider, violating rules and laws in Singapore can result in a fine and/or being arrested. Therefore, when working at a Singapore company, following company rules and ethics is a must for you. Generally,  employees should put an idea with tonnes of boundaries and restrictions. As an example, you are required to provide an out-of-the-box idea, but you need to be careful when presenting it as not to break the ethical behaviour of seniority’s right.

The measure of quality, status, good name, and good character, all comes from “face”, Joann Craig wrote. “Face” here means a sense of personal or public integrity in social interaction. For example, if you do something embarrassing in public and people dislike that, you might have embarrassed your entire family or group. Thus, working in Singapore means you should avoid the following possibilities:

Be it in public or around your working area, never ever throw your garbage even if it is a small bag of candy wrap. You better carry it until you see a garbage can. According to NEA, Singapore is known for being impeccably clean. Littering with small items can cost approximately S$300 for first offenders while throwing large cans or bottles can land you in court.

1- Treat employers and superiors with the utmost respect

Since Chinese makes up to 76.2 percent of the Singapore population, it is common to see most local firms being significantly influenced by traditional Chinese values. When it comes to relationships, there is a tendency of cultural hierarchy, where people in the lower level of the hierarchy system would accept their subordinate status and respect formal hierarchical authority. Seldom does Chinese culture and its people to question the decision of their superiors.

2- Be a good teammate

Different from traditional western culture that upholds personal achievement, Singaporean culture is mostly influenced by teamwork. Group-centeredness is the traditional value of cooperation amongst group members to maintain harmony in the workplace. Achievements are also better done by a group than an individual. Being an anti to group-centeredness could put you into excommunication because anti-group-centredness is perceived to jeopardise business harmony.

3- Be flexible in your working environment

Albeit the majority of Singapore citizens are Chinese, Singapore consists of multiple ethnicities with multiple cultures. That said, a diverse work environment is common. In this case, you need to be flexible with the diverse culture that might happen in your workplace.